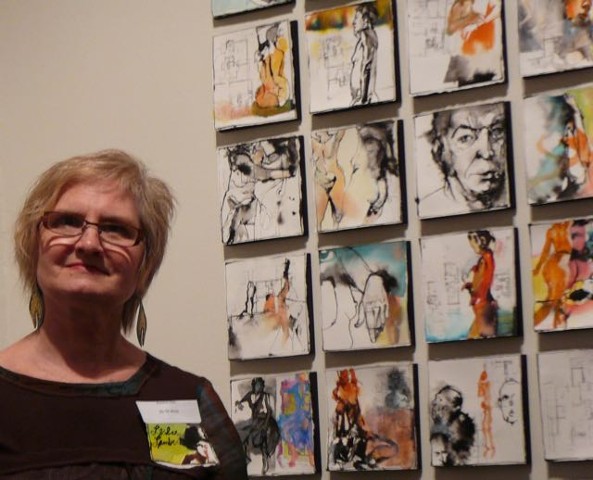 Leslie Lambert is an artist working out of Palo Alto Studios and residing in Mountain View, CA. Born and raised in West Virginia, she began college at West Virginia University in Morgantown. Lambert earned a Bachelor of Fine Arts Degree in Drawing magna cum laude from Arizona Sate University Tempe. Formative experiences include the study of Artistic Anatomy. The artist visited the UA Medical School laboratory where a cadaver was dissected for an entirely different purpose than that of the medical students. “Jerry” was opened to reveal each layer of matter, and scrutinized for how the skeleton and musculature influenced surface appearance. This analysis of the mechanics of the body made a big impression. The artist notes additional painting and drawing experiences as influential with Michael Bailey, Donald Hall, and Katherine Chang Liu. She is trained by Robert Logsdon and Charles Andrade in a wall painting technique called Lazure. Another activity cementing Lambert’s interest in drawing the figure was her work as a live drawing model for 5 years.